This browser is not actively supported anymore. For the best passle experience, we strongly recommend you upgrade your browser.
Get In Touch
All Posts Subscribe
October 11, 2022 | 1 minute read

The Making of the Modern Tax Base 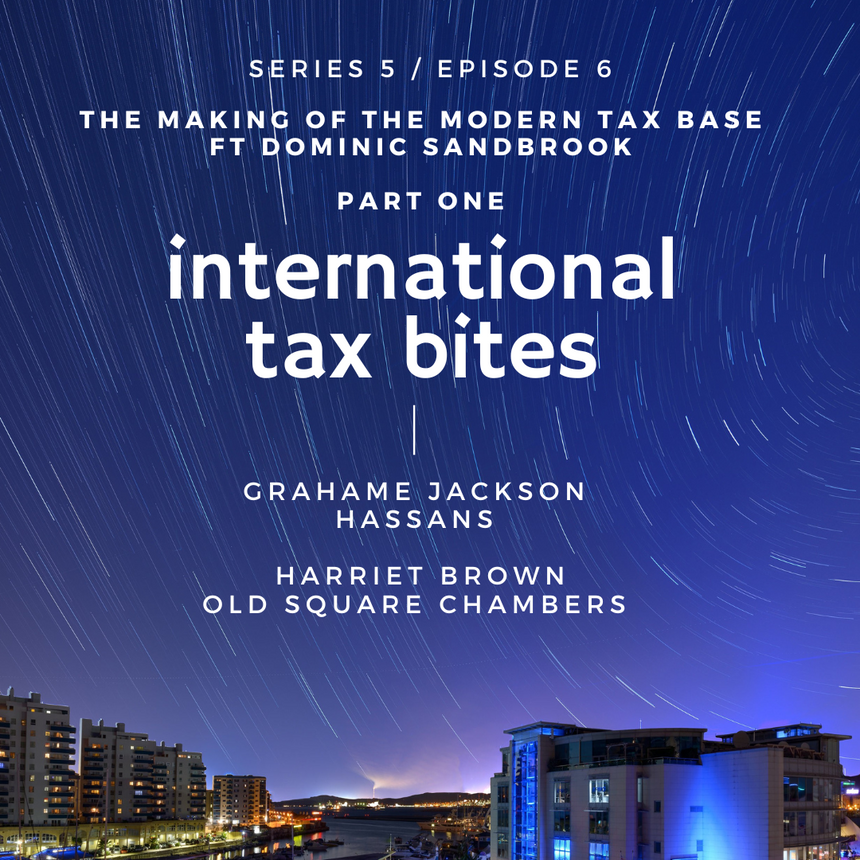 As Series 5 of International Tax Bites comes to a close, the podcast hosts Grahame Jackson (Hassans' Tax Partner) and Harriet Brown (Barrister at Old Square Tax Chambers) have gone out with a bang with a feature length two-part episode entitled "The Making of the Modern Tax Base" which sees the duo talking with the inimitable Dominic Sandbrook, a leading historian and author of a series of books on post-war Britain including Never Had it So Good, White Heat, Who Dares Wins and State of Emergency.

Part One of their 32nd podcast looks at the period from 1945 to the mid-1960s, discussing the birth of the welfare state, the socialisation of the economy under Labour, the post war consensus, and the impacts these events had on the tax policy and structure of the tax system of the UK.

Part Two, which will be launched tomorrow (12.10.22), covers the mid 1960s to 1990 discussing the Great Inflation, the Winter of Discontent and the Thatcher Revolution along with the recent developments in UK, the impacts these events had on the tax policy and structure of the tax system of the UK, and finally, does politics even really have an impact.

Dominic has made several TV Series for BBC (including “the 70s” and “the 80s with Dominic Sandbrook”), co-presents the podcast The Rest is History with Tom Holland. He also writes for the Daily Mail, Sunday Times and has authored a highly successful series of children’s history books called “Adventures in Time”.

Catherine Knock
Head of Marketing and Communications
By Jerome Compson

What a coup! A brilliant two part podcast with @bites_tax & @gibraltarlaw Grahame Jackson, @OldSquareTax Harriet Brown speaking to @TheRestHistory host Dominic Sandbrook on the making of the modern #tax base. Part 1 here, with Part 2 due tomorrow. https://t.co/jTgj2Zvr2E

Thanks to the podcast elves for working through the night to get this up! Next ep tomorrow. #tax @TheRestHistory #jimcallaghan #taxtwitter #history #podcast #taxation https://t.co/bCA2PgD8Hq