This browser is not actively supported anymore. For the best passle experience, we strongly recommend you upgrade your browser.
Get In Touch
All Posts Subscribe
May 13, 2022 | 3 minutes read

Political and economic unrest, what's the deal for Gibraltar? 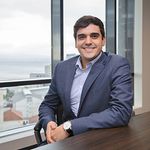 With the vast array of political and economical situations and talks ongoing in current times, David Montegriffo, a lawyer in Hassans' corporate and commercial department (exposed to a broad range of industries both locally in Gibraltar and internationally) gives his thoughts on how the current global unrest is affecting, or possibly will affect, business in Gibraltar moving forward.

Q: Specific to your area of practice, what is the current state of the market in Gibraltar?

A: From a local perspective, the one overarching feature dominating discussions is the anticipated settlement of the UK/EU Treaty on Gibraltar. The latest reports emerging from news sources on both sides indicate that resolution to the Treaty negotiations may be imminent. The latest local reports also indicate that the Chief Minister is due to make a statement on the progress of negotiations at the start of the upcoming session of Gibraltar‘s Parliament next week.

The initial framework agreement announced on 31st December 2020 provided a structure for the negotiations between the UK and EU and made reference to Gibraltar’s possible inclusion in the Schengen area for free movement of persons. Although it remains to be seen whether a wider Treaty settlement will be reached or, in the event of settlement, how the Treaty’s features (including any Schengen arrangements) would be implemented in practice, the immediate reaction to this news outside of Gibraltar from a business perspective was overwhelmingly positive. The understanding that a deal would also aim to benefit those who live in Gibraltar’s close proximity in the wider Campo area has also provided comfort that there is presently appetite on all sides to put together a workable deal.

Aside from the Treaty negotiations, the assurances from the UK (including those relating to Gibraltar’s regulatory ‘passporting’ rights into the UK) have been extremely helpful in providing post-Brexit stability for the existing international business based in Gibraltar.

In light of the initial developments, we have noted renewed international interest from both businesses and individuals looking to establish a presence in Gibraltar. We have seen various corporate groups incorporating new Gibraltar subsidiaries or registering foreign companies to do business in Gibraltar through either Part XII (place of business) or Part XIV (branch) registrations under the Companies Act. We have also noted an increased interest in High-Net-Worth individuals seeking to relocate to Gibraltar.

Q: What do you believe will be the most significant factors influencing business over the next few years?

A: Outside of Gibraltar, I suspect that the coming years will see growing global uncertainty. I attended Bank J Safra Sarasin’s annual Economic Outlook Breakfast Seminar last week which explored the current outlook on global financial markets, with a particular focus on the implications of Russia’s ongoing invasion of Ukraine. The current thinking it that the Ukraine invasion is likely to have a long-lasting impact on global stability and lead to further world fragmentation. The seminar also highlighted the dangers of rising food prices and unprecedented disruptions to commodities worldwide.

It is perhaps too early to tell how the re-shaping of global alliances (or even a slowdown of globalisation) will impact Gibraltar going forward. What is clear, however, is that upheaval and uncertainty is not specific to those dealing with Brexit.

Despite unsettling developments around the world, Gibraltar’s present trajectory remains largely unchanged. Brexit and the ongoing Treaty negotiations have presented a unique set of challenges which have been imposed upon Gibraltar (against the wishes of 96% of the community). Notwithstanding, the present evidence and historical behaviour suggests that any issues of an existential nature will generally be faced with unity and solidarity. We are also thankfully yet to see the ideological polarisation or “culture wars” which appear to have created divisions in many Western societies. Although any potential negotiated settlement will be scrutinised and debated in detail, Gibraltar is well placed as a small and tight-knit community to continue putting “Gibraltar PLC” ahead of personal interests or party politics and to present a united front internationally while navigating profound decisions with generational repercussions.

From a business and regulatory perspective, a further advantage which remains intact is Gibraltar’s position as a nimble jurisdiction which can quickly adapt in line with industry innovation. A clear example of this in recent post-Brexit times is how Gibraltar has expanded its regulatory offering to accommodate new business and technologies in the blockchain/DLT space (most recently, we have seen the GFSC introduce a 10th regulatory principle to complement the existing principles forming the basis of the DLT regulatory regime).

In all eventualities, whether it be a negotiated settlement or an abandonment of negotiations without an outcome, Gibraltar’s strengths in remaining unified as a people and nimble from a legal and regulatory perspective will assist greatly in shaping the local economy in the coming years.

It is perhaps too early to tell how the re-shaping of global alliances (or even a slowdown of globalisation) will impact Gibraltar going forward. What is clear, however, is that upheaval and uncertainty is not specific to those dealing with Brexit.