This browser is not actively supported anymore. For the best passle experience, we strongly recommend you upgrade your browser.
Get In Touch
All Posts Subscribe
December 20, 2021 | 1 minute read

The OECD Pillar 2 rules are out

So here it is...Merry Christmas! So sang Slade in their legendary Christmas hit...and now with 5 days to go the Grinches at the OECD have landed tax professionals with a whole load of work to do before they can settle down for their turkey and stuffing (not in the Jackson household with a pescatarian, a vegetarian and a person who would rather eat his own fingernails than tackle a turkey).

Instead of Christmas cheer we've got to wade through the OECD's new model rules relating to Global Anti-Base Erosion Rules. I am sure you are all sympathetic.

So what do we know?

Well, unsurprisingly the words "global minimum tax rate" are starting to be phased out. Why? Because they are at best misleading spin, and at worst a deliberately concocted lie. These rules do not amount to a global minimum tax rate. No jurisdiction is required to raise their tax rate to 15%. The Irish Government managed to get that "clarification" from the OECD a while back. However, big multinationals will be expected to pay 15% on their income booked to low tax jurisdictions (if their headquarters are in high tax jurisdictions). Pillar 2 is what it has always been. A global standard Controlled Foreign Company Rule.

Secondly we know that the shape of the proposals is pretty much unchanged since October. With the various charges that became so familiar to tax professionals remaining as they were.

Thirdly, there are some rules around grouping and degrouping which will amount to anti-avoidance provisions. For example if two groups merge in any of the four years before the assessment then the aggregate amount of revenue is taken as the the amount of revenue.

What is certain is there is a lot of detail. Will regimes such as Malta's 35/5 regime survive this, only time will tell as we work through the detail. What is for sure is large groups with low tax elements will need to review everything by the time these rules become law in 2022. Busy, busy busy.

The Global Anti-Base Erosion Rules (GloBE) are a key component of this plan and ensure large multinational enterprise pay a minimum level of tax on the income arising in each of the jurisdictions where they operate. More specifically, the GloBE Rules provide for a co-ordinated system of taxation that imposes a top-up tax on profits arising in a jurisdiction whenever the effective tax rate, determined on a jurisdictional basis, is below the minimum rate. 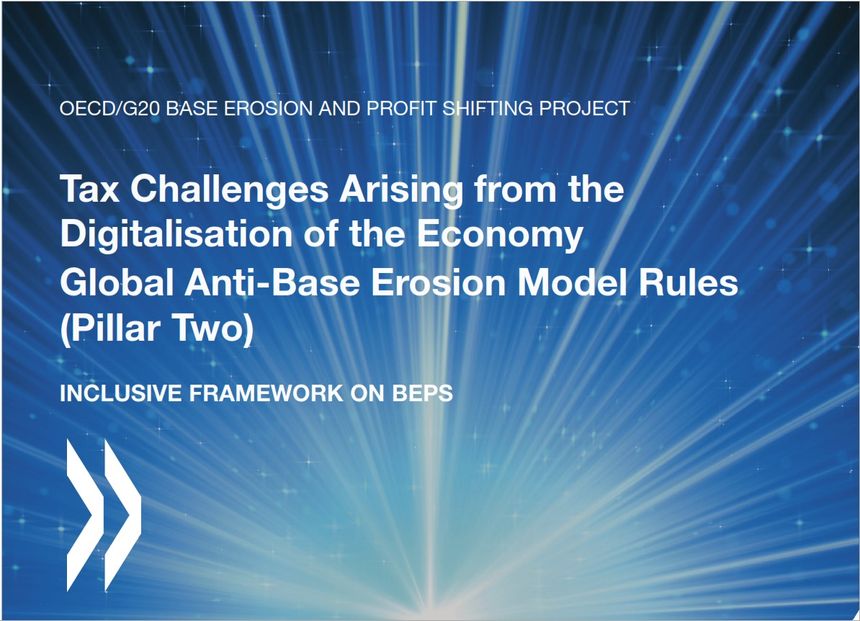