This browser is not actively supported anymore. For the best passle experience, we strongly recommend you upgrade your browser.
Get In Touch
All Posts Subscribe
August 13, 2021 | 3 minutes read

For some F.C. Barcelona fans (myself included, and I suspect the vast majority), Friday 6 August 2021 is a day that will live in ‘footballing infamy’. After 21 years at the club, F.C. Barcelona announced that due to the Catalan giant’s dire financial situation, Lionel Messi would be unable to sign a new contract which would have seen him remain at the Camp Nou until 2026. Although the various peculiarities behind Messi’s departure go beyond the scope of this commentary, F.C. Barcelona’s inability to sign Messi does shed light on the ongoing conversation of the ownership models of professional football clubs, particularly the foibles and idiosyncrasies of clubs which are entirely owned by club members.

Summarily, F.C. Barcelona is ultimately owned by the circa 141,000 club members, also known as the ‘socios’. In light of F.C. Barcelona’s phenomenal historical footballing record (specifically, the last 15 years, which have seen this juggernaut conquer, amongst other things, numerous Spanish league titles and UEFA Champions Leagues), you may be forgiven for thinking the Club's ownership structure is without its shortcomings. Nevertheless, and despite being the first football club in history to report an annual revenue of USD 1 billion, the Club’s structure and financial position is concerning, notably: (i) last year’s reported operational losses of EUR 100 million; (ii) the fact that the Club’s salary bill currently represents 110% of its annual revenue; and (iii) currently projected losses of EUR 487 million (which may well be exacerbated by a foreseeable loss of earnings following Messi's departure).

A contributing factor for this may be the Club’s ‘socio’ ownership model. This is clearer comparing this model with other European teams which are privately owned, and who notwithstanding the current pandemic and negative financial implications experienced by all, remain financially stable and successful at the highest sporting levels, specifically current European champions Chelsea F.C., champions of England, Manchester City F.C., and Paris Saint-Germain F.C. (financially poised and positioned to pounce on the market opportunity to sign Messi).

Through the commercialisation of football, teams have inevitably evolved from being simple football clubs to perennial business corporations. Traditionally, through its ‘socio’ model, F.C. Barcelona has operated on slim margins, with any annual surplus simply being reinvested into the team. A formula largely dependent on, inter alia, lucrative sponsorship deals, merchandise sales, and consistent sporting achievements. Save for being held accountable to its ‘socios’ (typically in times of trophyless seasons), who under the Club’s constitution have limited powers, the managerial board of F.C. Barcelona have arguably never been held financially accountable to the same standard of their privately owned counterparts, who for example are expected to deliver profits to their shareholders.

On further reflection, having a privately owned club model can ultimately also assist further with: (i) securing the financial viability of the club; (ii) enhancing the extent of corporate oversight given the role and function of shareholders holding corporate management accountable for their actions and decisions; (iii) assuming the club is a listed entity (as is Manchester United F.C.), ensuring a stable and increasing share price, indicating public confidence and backing, while ultimately being held accountable by the operation of equity market mechanics; and (iv) enjoying access to new private capital, and assistance in encouraging future investment for the club (such as Lebron James’ initial 2011 USD 6.5 million minor investment in exchange for a 2% stake in Liverpool F.C., which was last reportedly worth in excesses of USD 44 million).

Arguably, while fans (following the backlash of the European Super League) did not want the complete commercialisation and privatisation of competitive European football, it doesn’t however necessarily follow that the ‘socio’ ownership model may, in today’s current market, be necessarily in the best interests of a club. It appears that a balance, or more hybrid approach, may however be the legitimate way forward as can be seen with numerous clubs in the German Bundesliga and the 50+1 rule (whereby football clubs may convert into private limited companies, but the constitution and structure of which must ensure that more than 50% of the voting shares are to remain in the possession of the parent club, and by default, its members). Ultimately, while the future of the 'socios' ownership model remains uncertain, the only guarantee in this discussion, is that as football fans, we only ever want to see our team win and lift as many trophies as possible. How the club gets there is up to the managerial board which must assemble a competitive squad, yet equally balance the books to safeguard the club’s financial status. Ownership structures of professional football clubs. A continuous conversation without a firm solution in sight. Simply put, now more so than ever, a rather ‘Messi’ affair.

Despite having reached an agreement with Messi and with both parties clearly wanting to sign a new contract, it cannot be finalised due to financial and structural problems 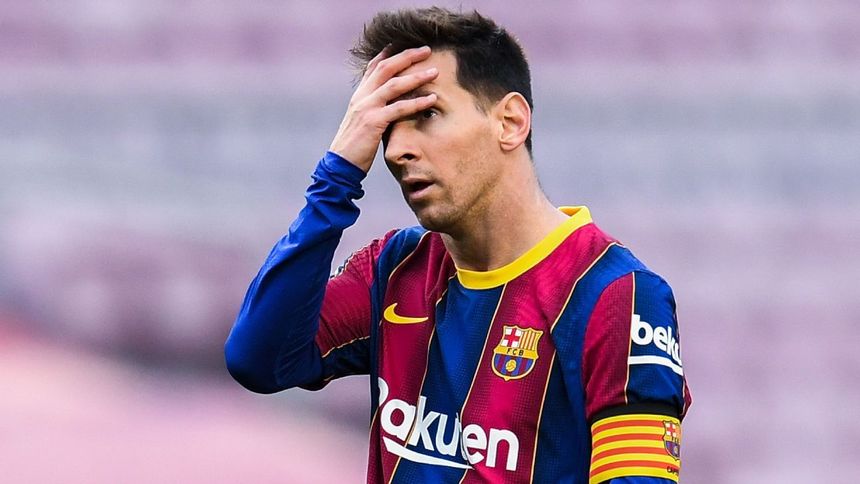 James Noguera
Senior Associate
By Nigel Feetham KC
In the first session of Start Up Grind Gibraltar - "Preparing for 2023 and beyond" - I shared my thoughts on: the economic history of...