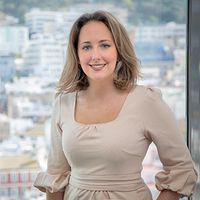 The case Robert Allen (1) Mark Wood (2) v Panorama Limited (1) Leo Olivero (2) (No. 2020/ORD/055), concerns a libel claim in respect of two articles which were published in The Panorama daily newspaper on 20 December 2018 and 10 January 2019. The Panorama is owned by the First Defendant and the Second Defendant is the author of the articles.

The Defendants contended that whilst legislative developments have taken place in England that have made the right to jury trials in defamation claims the exception rather than the norm, the position in Gibraltar reflected the position in England & Wales prior to these reforms. Namely, that a party to a defamation claim is entitled to a jury trial. It was on this basis that the Defendants made an application for a trial by jury in the claim.

The Claimants argued that regardless of the historical position, the right to a jury trial is a matter of practice and procedure and is thereby governed by section 15 of the Supreme Court Act. As a result, the Claimants argued, section 69(3) of the Senior Courts Act 1981 (as amended by the Defamation Act 2013), which restricted the right to jury trials, applied to Gibraltar. The Claimants further posited that there were significant advantages to a trial by judge alone, including the determination as a preliminary issue of the meaning of the words complained of and whether they are fact or opinion.

The Judge held that even if the Claimants were correct and the right to a jury trial fell within what is now section 15 of the Supreme Court Act 1960, as a result of a mechanical division of procedural and substantive law, it would not make any difference. The reason being that section 15 provides a hierarchy of practice and procedure: first, compliance with Gibraltar Acts; second, compliance with rules made under Gibraltar Acts; and third, “in default thereof, in substantial conformity with the law and practice for the time being observed in England in the High Court of Justice”.

In this case, the Judge held that there is a Gibraltar Act that governs the position on the right to trial by jury in defamation cases – the English Law (Application) Act 1962, which applies the English common law to Gibraltar, as appropriate. This includes the English common law right to trial by jury in defamation claims as it existed in England prior to the legislative reforms that have taken place over the years, but that do not apply to Gibraltar. The Judge thereby opined that there was no need to go any further; the court did not need to resort to the default position of applying English practice and procedure and the Defendants were entitled to a jury trial. 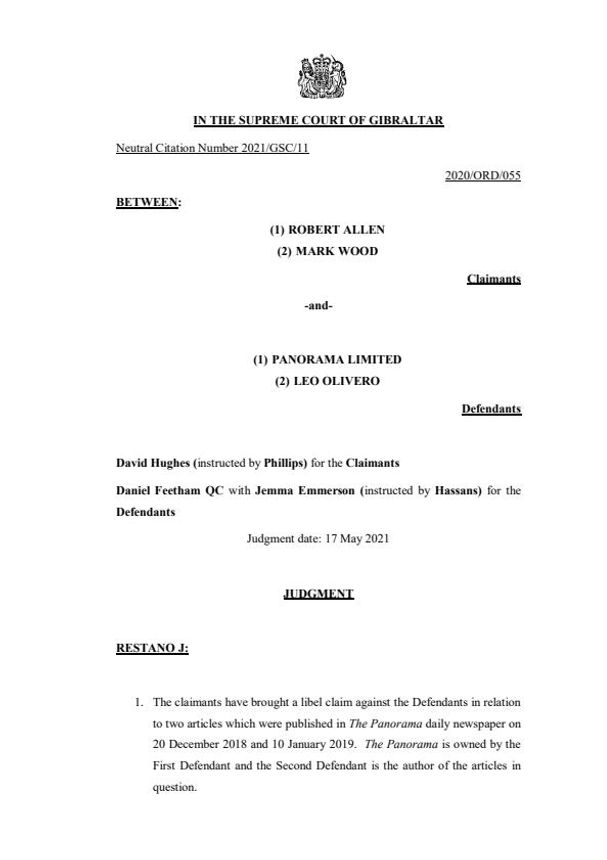