This browser is not actively supported anymore. For the best passle experience, we strongly recommend you upgrade your browser.
Get In Touch
All Posts Subscribe
March 28, 2021 | 1 minute read 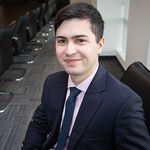 Gibraltar has been ranked 30th in the global list, behind countries such as Spain, the United Kingdom and the United States.

The fact that Gibraltar ranks behind some of the bigger nations should come as no surprise, not least given Gibraltar’s commitment to tax transparency, tax reporting and robust legal system designed to inhibit corporate tax abuse.

The Tax Justice Network is not the first organisation to validate Gibraltar’s tax system: last year the Organisation for Economic Cooperation and Development (OECD) found that Gibraltar was "largely compliant" with OECD benchmarks on tax transparency, the same rating as major economies around the globe and the second-highest in the OECD’s ranking.

Finally, the entry into force of a tax treaty between Spain and UK in respect of Gibraltar paves the way for Gibraltar to be delisted as a tax haven for Spanish tax purposes, a move which the Spanish Government has committed to formalise in due course subject to the successful implementation and operation of the treaty.

The Tax Justice Network believes our tax and financial systems are our most powerful tools for creating a just society that gives equal weight to the needs of everyone.

In our latest monthly podcast @TheTaxcast: How economics ruins economies: we put economists in the dock with @tombergin_News Plus: which nations are the world’s worst offenders for helping multinationals pay less tax than they should? https://t.co/DflF5gRuFZ #CTHI #Taxcast