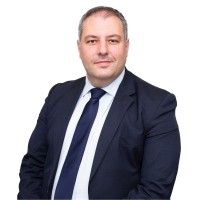 The latest Twitter sensation happened yesterday when Weetabix posted a tweet asking “Why should bread have all the fun?” To this tweet they added a picture of Weetabix, the shredded cereal which has been around for as long as we can remember, smothered in nothing other than Heinz Baked Beans. 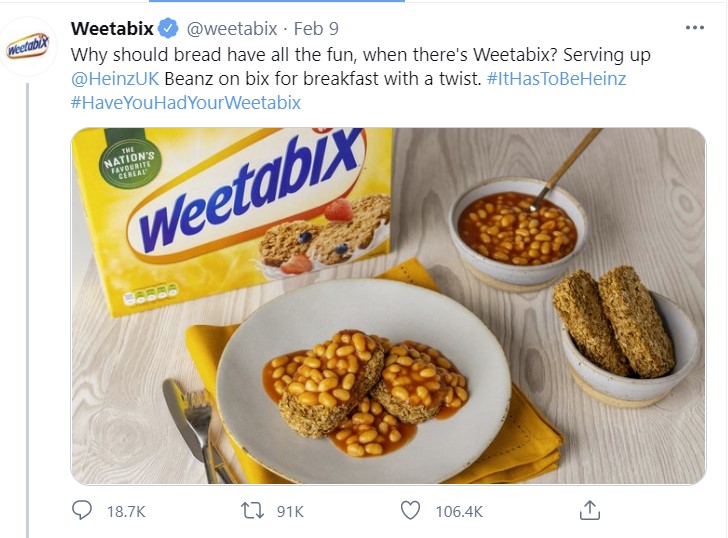 A Twitter account with about 33,000 followers and with an average ‘like’ rate on their posts of around 53 (88 if you count the 791 likes they got the day before yesterday by putting Marmite on their cereal!), Weetabix had a decent enough reach. Until Stephen Fry saw what they had done with the Baked Beans.

With a following of over 12 million, Stephen Fry retweeted the breakfast abomination concocted by Weetabix, sternly advising them to “Stop it, stop it at once do you hear?“ and off the tweet went... 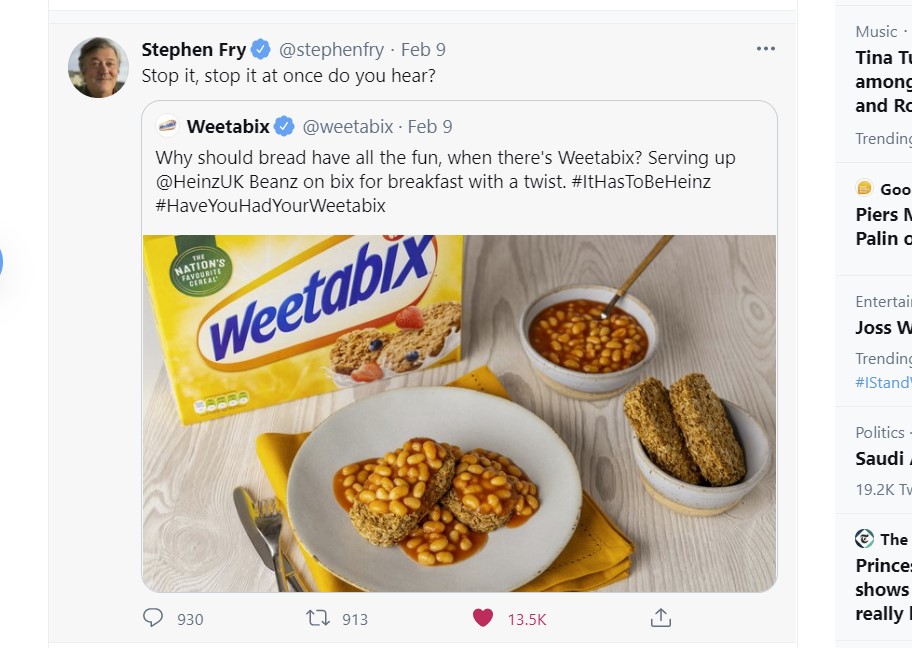 Now at 106,000 likes and rising, 31,000 retweets and over 59000 quote tweets, Weetabix are enjoying the boost that the right retweet can net you.  What it has also become is a thread of hundreds of tweets by corporate accounts putting their own spin on the utter dog’s dinner of a breakfast that Weetabix, fully intentionally I’m sure, unleashed on social media.

There have been some excellent additions on the thread, and if you have a spare half hour, it’s a very British, very welcome refrain from the tension of our times, with a couple of excellent contributions from the likes of household corporate Twitter handles like Domino’s Pizza:"Us: Pineapple on pizza is the most controversial food ever; Weetabix: Hold my spoon") and GCHQ chiming in with “We found… no intelligence.”

National Rail, Specsavers, Wimbledon (“Quiet please”), Toblerone (“We’re from Switzerland, we’re staying out of this”), police forces up and down the country, Google, McVitie’s, Kellogg’s, football clubs, Guinness World Records, Pot Noodle, Warburtons… oh, and Hassans (!)... all joined in for a bit of fun and a little social media boost.

Social media is a force for good, no doubt. It is also a threat in many ways, all of which have been/can be documented in much more serious articles than this is meant to be. For today, a thrilling discussion of breakfast choices is going to be the subject of the day and the perfect illustration of the blend of quality, and a little luck, that you need to fly high in corporate social media. But Weetabix with Baked Beans? I’d rather try it with Marmite!

We’d happily handle a class action lawsuit for damages caused by the assault of that serving suggestion, but we’re out of the jurisdiction.

Stop it, stop it at once do you hear? https://t.co/Anx0y3KElT

Why should bread have all the fun, when there's Weetabix? Serving up @HeinzUK Beanz on bix for breakfast with a twist. #ItHasToBeHeinz #HaveYouHadYourWeetabix pic.twitter.com/R0xq4Plbd0

We’d happily handle a class action lawsuit for damages caused by the assault of that serving suggestion, but we’re out of the jurisdiction. Over to you @Mishcon_de_Reya?

Is working from home here to stay?
Selwyn Figueras