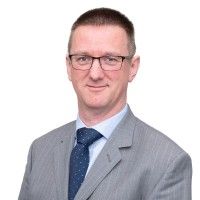 Who does the UK Government borrow its money from? This article from Economics Help shows us that back at the end of 2019 the figures showed 75% of borrowing was internal to the UK economy. Great! That way any interest gets paid back into the UK economy and helps boost businesses and investments. Surely, that's a virtuous circle and has echoes of Keynesian economics, we borrow the money, spend it and drive growth with a secondary boost to the economy coming from the interest payments. That's great, in normal times. But these are not normal times, are they?

It is now becoming ever more apparent that one of the tools which the Chancellor has at his disposal, in order to allow the debt incurred in the Covid crisis to become manageable, is to allow inflation to climb.

The question is how does that mean that the debt will become manageable? So, think about it like this. The Government borrows £1bn at 2% that's £20,000,000 in interest per annum. If inflation is running at 4% (not historically high and perfectly manageable if your memory goes back as far as the 1970s when in 1975 under the Labour Government inflation was running at above 20%) then the real value of the £1bn borrowing will fall by 4%. So, in real terms, if the Government borrows £1bn in Year 1 that £1bn will be worth £960m at Year1's prices in Year 2. With interest rates at 2% that is the equivalent of paying the interest and amortising at a rate of 2%. The aim would obviously be to increase tax revenue, allow inflation to rise and through a combination of the two debt can be eradicated within an acceptable period.

Except, we are all old enough to know that there is no such thing as free money, so where does the pain in this scenario lie?

1. Cash savers lose out. The problem with inflation devaluing something which is denominated in normal currency is that all money gets cheaper across the board. One immediate effect is that Mrs Smith with her life savings in a building society (that is; the poorest and least well protected amongst us) will see the real value of her savings drop. Just as the the Government's debt reduced by 4%, so will her savings. The Government can compensate her with increased benefits, but that's very costly and could well lead to more borrowing, which will negate the impact of the devaluation by maintaining borrowing levels. Not only that but an increase in the money supply will possibly have an inflationary effect, pushing inflation higher than the 4% and damaging Mrs Smith's savings once again.

2. UK institutional investors bear the brunt of the devaluation.

Just as we discussed above the virtuous circle of UK investors lending the Government money and receiving interest payments which they then invest in the UK is good for the UK economy then it also follows that pain will be shared with those same investors. UK pension funds and insurance companies amount to 29% of the lending to UK Government. That's the pensions and life insurance savings schemes of teachers, firefighters, ambulance drivers and the general public. All of which are underpinned by nice, secure, government bonds. But if Government bonds drop by 4% in real terms values, then those pension funds also suffer a drop. The investment managers have to work harder, and chase profits, which will lead to either more risk or just simply lower returns. We will all get poorer in our old age.

Having said that, this effect will not be as pronounced as it would have been in 2007 when the UK insurance and pension sector amounted to 50% of the UK debtors. This change is probably an after effect of the Great Recession and the Sovereign Debt Crisis of the late 2000s

Is there a way to avoid this?

For the UK and other jurisdictions which have borrowed heavily, the answer is probably "No". Major inflation seems to be a consequence of heavy borrowing and worldwide crises...the 1970s oil shocks, the Great Depression etc etc all led to inflation. Though of course, some crises can lead to deflation, an equally bad thing.

For an individual the best way to shelter wealth from inflation is to purchase asset classes which are "inflation proof". They tend to be asset classes which themselves form part of the supply chain and the cost of which rises with inflation. Examples would be commodities, real estate, and businesses themselves. Whilst a portfolio heavy with these asset classes would have a higher inherent risk profile than a portfolio of simple government bonds it gives an opportunity for greater than inflation growth which bonds don't. Of course, proper financial advice should be taken.

As with all challenges the individual can both increase his income and reduce his costs. By looking at their tax residence an individual can have a major impact on their tax cost base and thus protect their wealth by spending less. Jurisdictions like Gibraltar, which don't have armies, and nuclear submarines, or build great public works and because of their lively economies have a lower welfare bill, are not required to tax as highly as larger jurisdictions that take on such burdens. Therefore, the tax burden on residents is lower. This reduced tax burden will go a long way to mitigating the effect of inflation on an individual's savings and investments. Gibraltar is conveniently located, with easy access to UK, and the Costa Del Sol (in normal times at least), it has reasonable taxation rates (the highest possible effective rate at present is 25%), no capital gains tax, and no inheritance tax (though advice should be taken in relevant jurisdictions on this, it is not always a simple story).

One feature of UK government borrowing is that 75% of the debt we are borrowing from UK citizens and UK institutions. 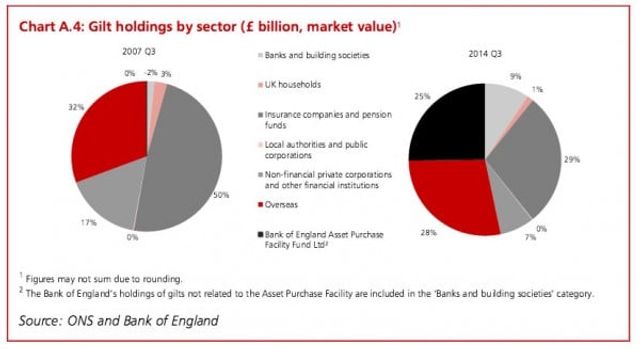 Steinmo teaches us that structures mould policy because they set the way we think.
Grahame Jackson

Pandora Papers and the law of diminishing returns
Grahame Jackson