This browser is not actively supported anymore. For the best passle experience, we strongly recommend you upgrade your browser.
Get In Touch
All Posts Subscribe
July 30, 2020 | 1 minute read

Big Tech In the House

The appearance of Google's Sundar Pichai, Facebook's Mark Zuckerberg, Apple's Tim Cook and Amazon's Jeff Bezos before the US Congress' House of Representatives' antitrust subcommittee followed a lengthy investigation into these tech giants for over a year.

In many respects, the exchanges yielded more questions than answers, particularly since it remains unclear what (if any) measures are to be pursued to try and guard against the varied and extensive charges laid at the door of these companies.

To touch upon just a few, Democrats accused and laid into perceived anti-competitive practices alleged to include:

For their part, the big tech executives sought to defend themselves as champions of innovation and entrepreneurship, being good for the economy, as well as highlighting the many benefits that their offerings bring to customers and consumers alike.

The questions, however, (many of which could be likened to meandering soliloquies) seemed to be unapologetically framed through the prism of the questioner, and read more like a list of grievances than any attempt to reconcile and posit cohesive, coherent solutions to the concerns exposed. Similarly the answers predominantly sought to bat away accusations rather than delve into potential fixes.

Further, there is some irony in the invocation of antitrust principles to protect free trade and competition within the US market given the backdrop of an increasingly isolationist World, where protectionist measures of states threaten wider free trade and competition. Also not without its own irony is the use of big tech in facilitating the propagation and holding of this very debate.

The issues clearly require deeper analysis, reflection and action given what is at stake.

“Our founders would not bow before a king,” Mr. Cicilline said Wednesday. “Nor should we bow before the emperors of the online economy.” 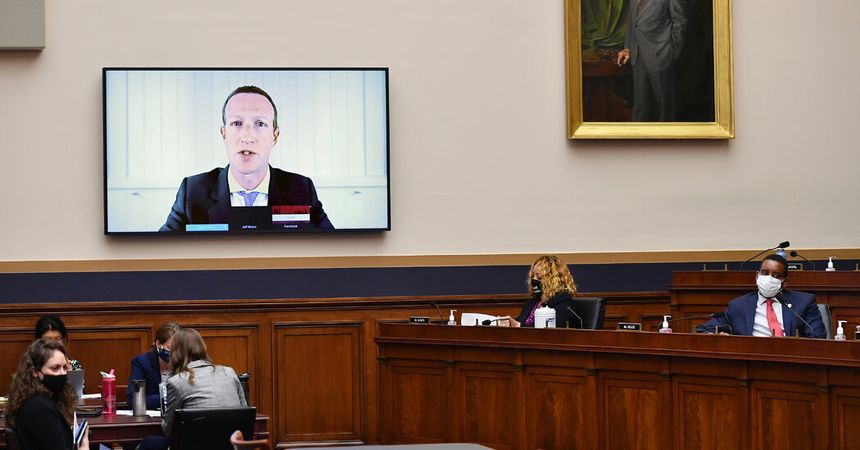 Today's big tech hearing is set to be a bizarre spectacle: 4 men who run companies worth nearly $5 trillion combined — and who include 2 of the world's richest individuals — primed to argue that their businesses are really not that powerful after all.https://t.co/UR0YNVDK62