This browser is not actively supported anymore. For the best passle experience, we strongly recommend you upgrade your browser.
Get In Touch
All Posts Subscribe
June 23, 2020 | 1 minute read

Why has it taken 100 years for the first female legal outfitter to be established?

At the end of 2019, we celebrated 100 years since the passing of Sex Disqualification (Removal) Act 1919. In other words, its been 100 since women in the UK were allowed to become lawyers. In Gibraltar, things took a while longer and the first female to be called to the Bar was Pamela Benady, in 1955. Why then, have female lawyers had to wait until 2020 for the establishment of a legal outfitter which properly caters for women's bodies?

Whilst we can undoubtedly be proud of the progress that has been achieved for gender equality in the workplace, it remains the case that in many aspects, the male is seen as the "default". Legal outfitters across the UK display rows of beautifully laid out robes, wigs, collars and shirts, and will have a smaller section with one or two options for female courtwear, including collarettes fastened with velcro which gets stuck in the wearer's hair rather than the shiny pin fasteners provided for men's collars.

The same can be said for professional business attire generally. High street shops, department stores and even high-end tailors will display entire sections for male suits, without an equivalent for females. Professional women are therefore forced to spend significantly more time (and effort) than men on simply identifying appropriate items for a work wardrobe.

Whether stepping into a client meeting, attending to a transaction completion or preparing for a court hearing, the last thing any lawyer should be worrying about is their clothes. The truth is however, that many of us are. The mere fact that it has taken a female barrister setting up a side business alongside a busy practice in a challenging profession, for us to get our first legal outfitter, is evidence that in the journey to true equality, we still have a long way to go.

“I saw no one was designing courtwear for women. They were only adapting male courtwear. Women have been at the bar for over 100 years and men are still the default when it comes to legal dress 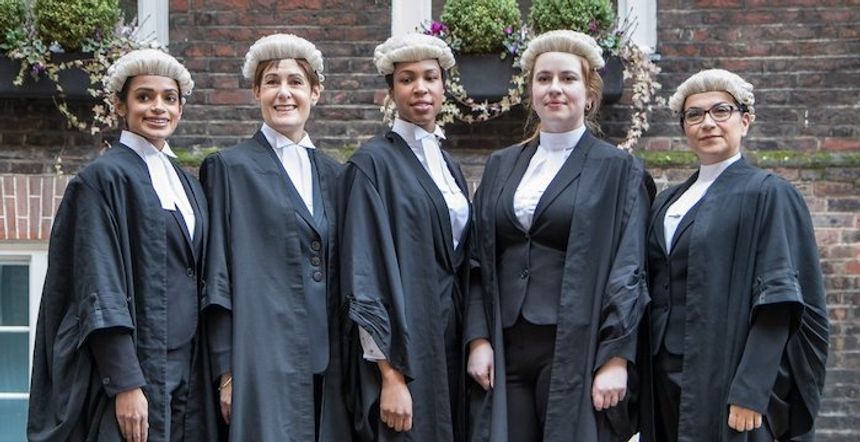