This browser is not actively supported anymore. For the best passle experience, we strongly recommend you upgrade your browser.
Get In Touch
All Posts Subscribe
June 2, 2020 | 1 minute read

Low-carbon mobility - gearing up for a greener (and easier) future

Many of our efforts in tackling climate change have centred around decarbonising electricity. It often surprises people just how much transport is responsible for global emissions. In Gibraltar, transport amounts to over a third of all emissions; perhaps alarming for a jurisdiction without railways and where most distances are capable of being walked.

The Climate Emergency therefore demands that the decarbonisation of the transport sector takes a leading role. The Covid-19 crisis has, in this regard and many others, put a spanner in the works. Public transport has been either impossible, restricted or considered to be an unnecessary risk by those with access to private vehicles as an alternative. However, public transport is just one of a plethora of solutions emerging in an increasingly innovative industry.

At the Sustainable Innovation Forum in Madrid, which took place alongside COP25, I listened to BMW explain how they were refocusing their business model from a product manufacturer to a service provider, with the idea that car ownership would soon be a thing of the past. Busy people simply won't waste time with insurance and car parks and instead will resort to car pooling. We have already seen the emergence of businesses with fleets of vehicles around congested cities, allowing customers to locate nearby cars via an app, to "rent" for an hour at a time, and leave wherever suits them.

In Gibraltar, e-bikes have become popular with many including our Chief Minister, and a Command Paper for the regulation of the swarm of electric scooters zipping around our streets has been published. Pilot schemes for the closure of certain roads to encourage reduced car use have commenced, and finding parking has become an increasingly challenging game of hide and seek. Perhaps this is just what Gibraltar needs to push business innovation for sustainable mobility; solutions for transport which are not only greener, but also save us time, money and aggravation.

As this article indicates, even Costa Rica, one of the most environmentally conscious countries in the world and which can boast of 99% renewable energy, finds that transport emissions pose an enormous challenge to reaching their bold target of becoming carbon neutral by 2050. Gibraltar's Climate Change Act 2019 sets an even bolder target of becoming carbon neutral by 2045 - so we better get ourselves into gear. No pun intended.

How to reduce car use in favour of low-carbon mobility is a challenge many other highly congested cities around the world face. It’s a more pressing question than ever in the light of social distancing, as people move towards individual means of transport. Global emissions from transport are expected to grow at a faster rate than those from any other sector, but transport has often been neglected in climate plans that focus principally on decarbonising electricity. 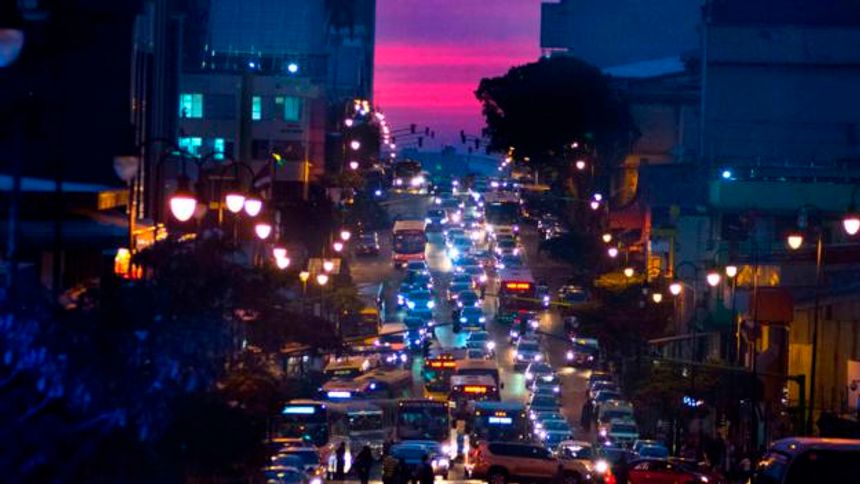