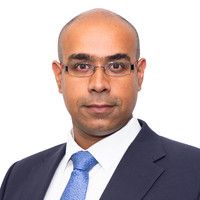 In a fascinating Blockchain Rock interview, David Proenza (CEO at Urban Farms Global and FoodChain) describes the challenges faced by many farmers across the globe.

The US Food and Drug Administration estimates that for every $1 spent by consumers on food, approximately only $0.085 makes its way back to the farmer who produced it. The reason for such a low profitability is that too many distribution chains eat into farmers’ profits. These also raise food prices for consumers.

Whilst there are real issues in the traceability of food ingredients in the supply chain, logistics and distribution channel issues prevent farmers from reaching consumers directly and from ascertaining real-time demand for their produce which would otherwise enable them to get the best price for their produce.

A staggering amount of farmed produce is dumped annually as wastage because markets to buy that produce (where the demand is) cannot be identified quickly enough. This leads to wasted economical output for the farmers. In addition, the problems associated with wasted natural resource are exacerbated by the damaging impact to the environment that such wasted food production has.

Blockchain solutions (such as those being investigated and pursued by FoodChain), seek to provide services to farmers and to create an ecosystem that supports farmers. These blockchain systems can identify where farmers are, what they produce, how much they produce, when they produce it and where the real-time demand is for that produce. It eliminates, through automation and transparency, a number of distribution channels that presently exist. This in turn would yield higher returns for farmers, reduce consumer costs and provide greater product quality assurance.

In addition, in an era where food security and sustainability are on the top of government agendas - COVID-19 excepted - such blockchain solutions would also allow governments to control what food is produced and when it is produced, would assist in reducing resource wastage, progress sustainability targets and have a more positive impact on our environment.

The food industry is facing many problems in food production due to climate change, pests, lack of personnel and water shortages, among other serious issues that makes it increasingly difficult to produce quality foods, and high yields. In addition to production challenges, high trading costs and low prices paid to farmers, are some of the problems that make food production unprofitable for the farmer. What are the main Benefits of using #Blockchain Technology for Agriculture?🌱

"The Food Trust community is being recognized around the world for protecting the food supply and human health, reducing waste, and adding transparency to the agricultural supply chain."
(Reducing Food Waste is a major global warming solution.) https://t.co/XAOVSYXnJr

Blockchain In Agriculture And Food Supply Chain Market will be Massively Influenced by Macroeconomic Factors 2020 – 2026 https://t.co/olSWEyCtop

Blockchain-based agricultural supply chain solutions will alleviate many of the roadblocks talked about in this article! 🌱💧 https://t.co/g9dYOnHdtm